Ten (okay, eleven) things to eat and drink in Colombia

Anywhere I visit requires some pretty extensive research on one crucial aspect of the trip…the FOOD! I spend far too much time reading from various sources to be absolutely sure I don’t miss out on a local dish that I want to try.  The food culture in Colombia was overwhelming, so much was exciting and different, and I only had so much time and stomach capacity. I decided to forgo buying any hormigas culonas (roasted ants) and I missed out on Ajíaco; chicken soup with sour cream, corn, avocado, capers and a special herb called guasca, but I did try some other pretty amazing dishes.

For the most part, I found Colombian cuisine to be humble with a home-cooked feel, and I was surprised to find such great variety. Between the four cities we traveled to — Catagena, Bogota, Salento and Medellin — the food changed with the people and the landscape, and there were some regional specialties at each. There is a vast range of things to try here, and with more time, this list could be twice as long. But here are my top 10 dishes or types of food that I think shouldn’t be missed on a trip to Colombia! 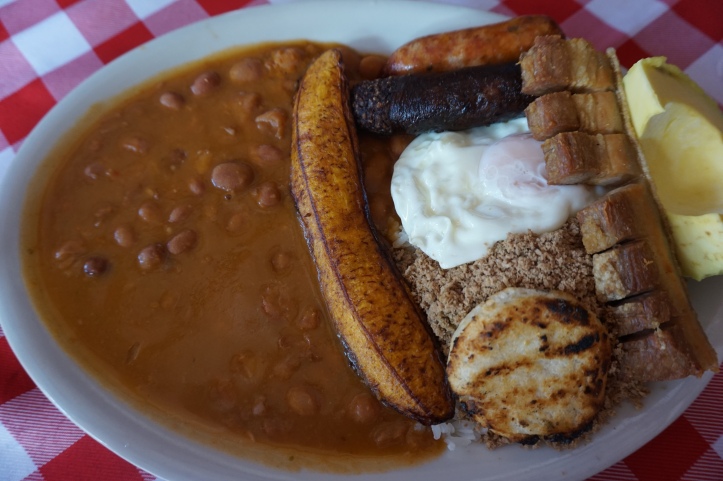 Colombia’s national dish deserves the first mention. Bandeja Paisa is a serious feast, two of us shared one serving for lunch and we were stuffed! The large platter consists of chorizo, blood sausage (morilla), pork crackling (chicharrón), fried egg, carne molida (ground meat), with beans, rice, arepa, plantain, and avocado. Simply translated, bandeja means platter, and Paisa refers to the people of northwestern Colombia, who are very proud of this dish! 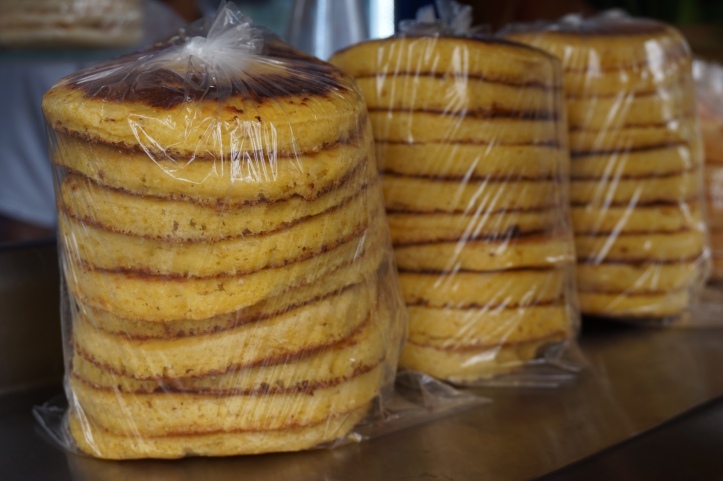 The Arepa can be found anywhere, eaten at any time, as a part of any meal. They are a Colombian staple and are sold in many forms; even the ingredients differ whether they are made with corn or white flour. It seemed every street had a stall selling them grilled and topped with cheese (con queso), but you could have a wide variety of sweet and savory toppings.

I mention these especially because trying them isn’t exactly avoidable, once again, they are everywhere in many forms! Plantains are much like a banana but generally more savory and, in cooking, more often considered a vegetable than a fruit. We saw patacones most often, fresh green plantains smashed and twice fried, and often served as a side on main dishes. You could also find them thinly sliced and fried, as a very thin fried crepe, or even as mofongo, mashed with garlic and other spices. 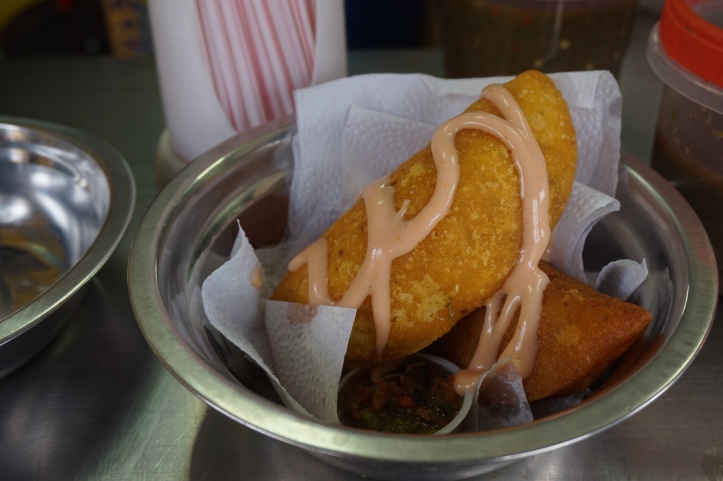 The Colombians have these little pockets of meat figured out. They are fried here as well; so we’re talking a serious crisp on the outside and stuffed full of goodies like chicken, beef, cheese, rice and spices on the inside! 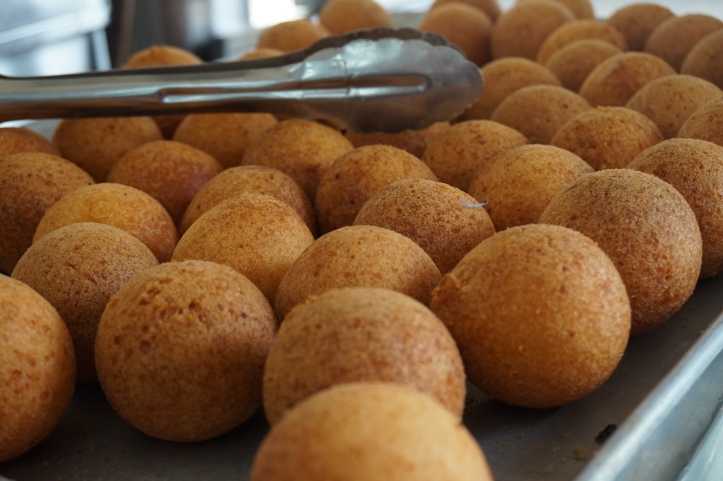 These fried little doughnuts are made with a savory cheese dough that somehow stays light and fluffy as a cloud. Seriously, I want to know the secret! They were especially popular in Medellín where you could buy them freshly cooked and still warm. 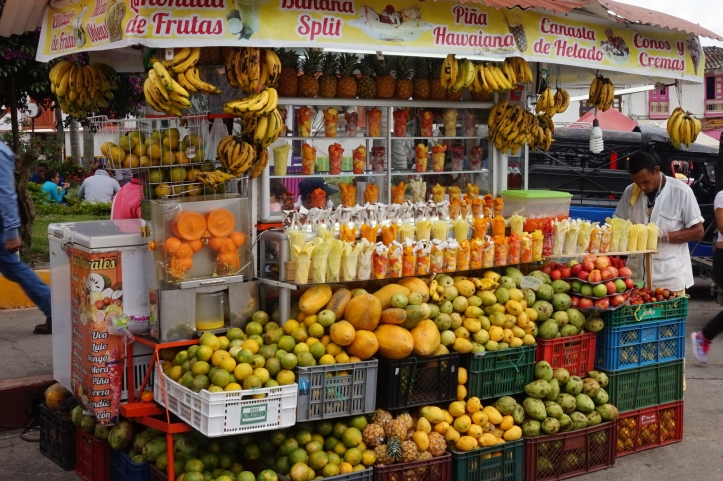 You may be rolling your eyes, but fruit here left nothing to be desired; fruit carts rolled along busy sidewalks, and vendors were parked along the roads slicing fruit cups of ripe mango, pineapple, coconut, melons, and papaya. Naturally ripened by the warm weather; the fruit was on point! 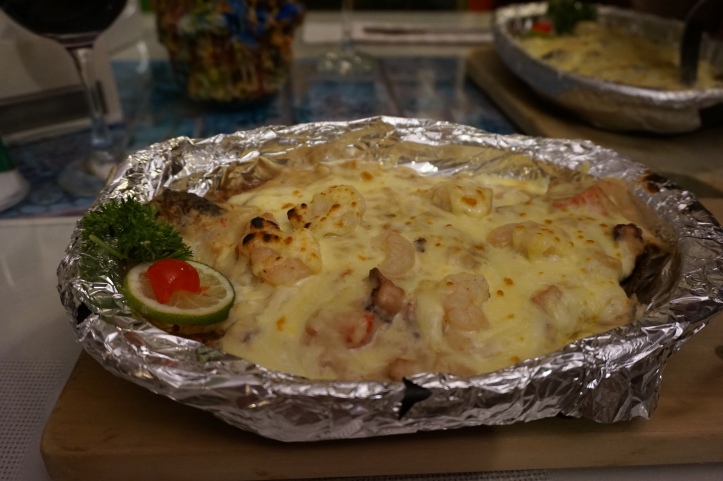 For some weird reason, the little town of Salento is famous for its trout, or “la trucha” in Spanish. Oddly as well, the most popular way to eat it is with garlic, cream sauce and a whole lot of baked cheese. At the advice of our taxi driver ( well…I think so, anyway, my Spanish isn’t great) I also got mine with shrimp, not exactly a low calorie choice. 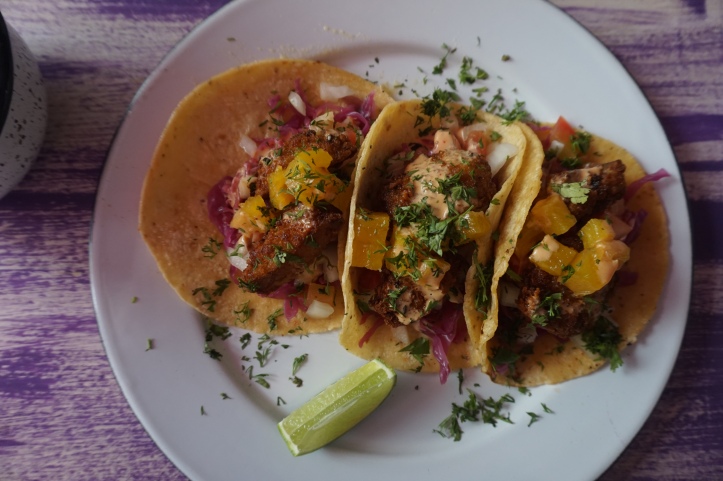 As a broader category, there was some incredible seafood when we got closer to the coast; Cartegena was a seafood smorgasbord. We were very impressed with the ceviche there; which for those not familiar is raw seafood tossed in an acid marinade, citrus or otherwise. The tacos above were up there with the greats, and I ordered the catch of the day at a restaurant called La Cevicheria that was so good it had me talking about it all evening. 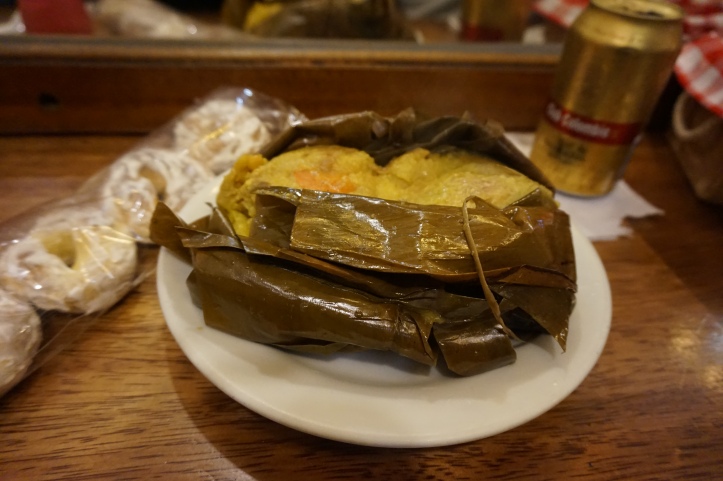 The tamales here are wrapped in a plantain leaf as opposed to their Mexican counterpart which is more likely to be in a corn husk. A mix of rice, peas, carrots, and meat, in this case, chicken is stuffed inside the tightly wrapped bundle and then steamed, resulting in a level of tenderness that is unrivaled. 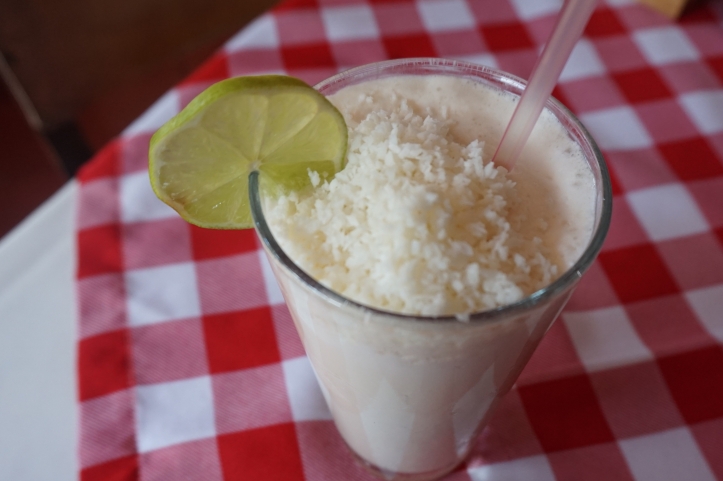 I waited until our last day to have a frosty cup of Limonada de coco (which unsurprisingly means coconut lemonade), and I’m still upset about it. Drink this every chance you get folks; it is possibly the most delicious and refreshing beverage I have consumed in my life. Blended with ice and topped with fresh coconut, I was loco for the coco…too far? 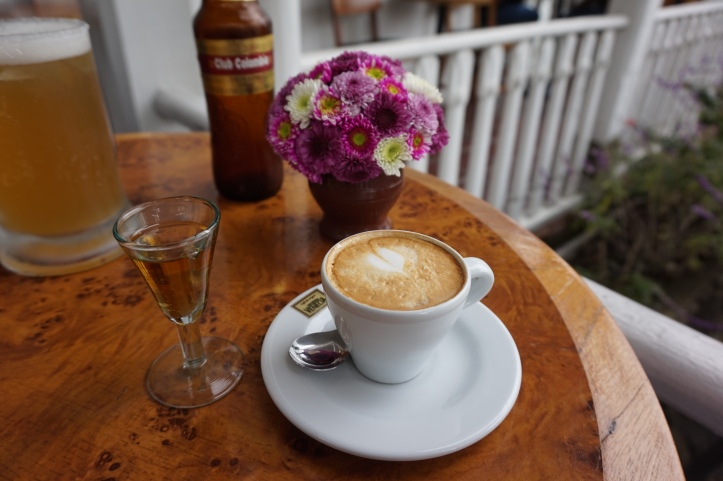 I couldn’t write about Colombia without at least mentioning coffee, right? Colombia is, of course, one of the few coffee producing countries and we should be thankful, cause they export most of the good stuff. It’s a sad story to know that the best coffee is exported to other countries, so the people there are mostly drinking the low-grade coffee. That being said, nice coffee shops get the good stuff and all the coffee I had, which was a lot, was all beautiful and fragrant.

Colombia was such an incredible place, and the food was an adventure in itself. So if you’re visiting, dive into the food culture and try all you can, you won’t regret it! 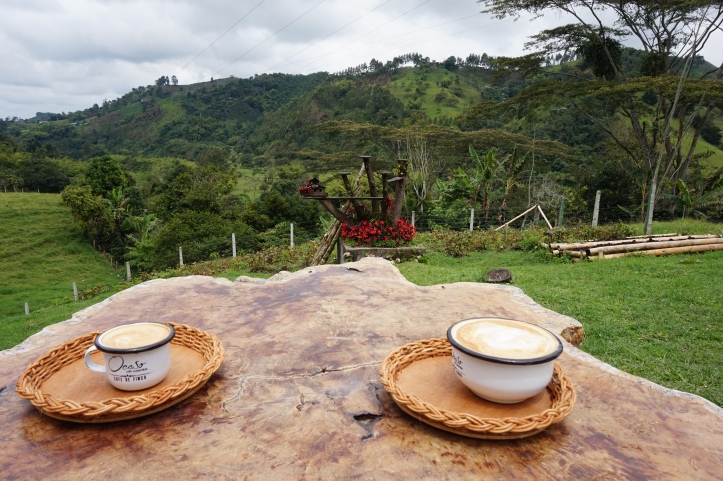