The Smile Cycle: pedal your way through the Kelowna beer scene

This summer was my first ever trip to Kelowna, BC as far as I can remember, anyway. So obviously wine touring was a must for the Stagette party I was travelling with. But when the bride suggested a beer tour on a 15-person tandem bicycle, that was more than a must, that was a “hell yes!” Further proof, also, that my long-time friend has chosen an awesome bride…not that I wasn’t already aware!

The Smile Cycle has been operating for a mere couple months along the main streets of Kelowna, but the dutch-made community bike is a welcome addition to the town. Numerous high-fives were given from pedestrians passing by as we pedaled our way to each destination. At $40 a head (not including beer) it is a pretty affordable option, and a unique way to visit some of Kelowna’s best breweries. The two-hour tour includes three stops with music fueling your travel time, Prompting, in our case, many a sing-along. Wheatus’ Teenage Dirtbag anyone?

No need to worry about your bike-riding ability, as the tour guide, Stewart, does all the steering and thankfully, the breaking too. That way, you can concentrate on almost laughing yourself off your seat at the whole situation. There’s a reason it’s called the Smile Cycle, I think my face hurt after. Seriously, ALL the fun!

A quick recap of the breweries we stopped in at. Firstly, Red Bird Brewing; freshly opened just days before we showed up, and not yet serving their own beers but a selection of quality favourites. I’m talking two-days-old fresh, so totally understandable. The little brewery has a artsy, mountain mosaic exterior, and is adorned with hanging lights across the patio and within for a simple, clean look. I would be inclined to stop by next time I am in the area to see what’s brewing! 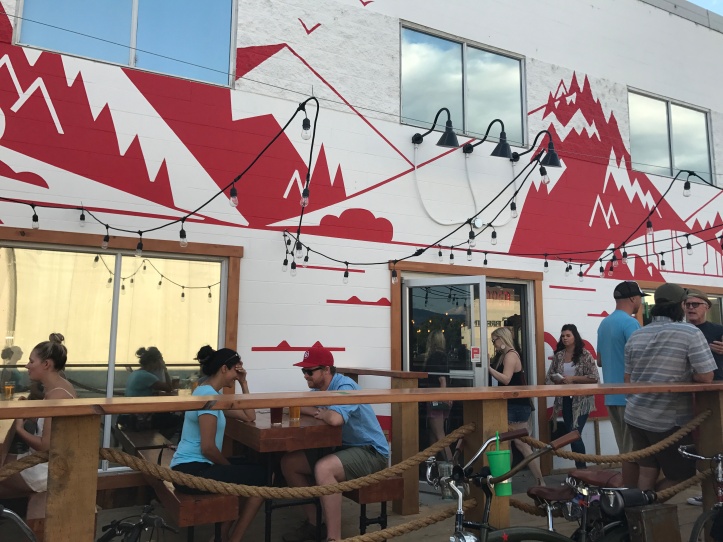 Next up, and a quick cycle later, BNA Brewing Co. Gorgeous high ceilings with exposed beams and large chandeliers wow you as soon as you enter the room. The upper level has indoor bocce off to the side, which is pretty neat, though in our time there we didn’t get a chance to snag a turn. I tried out a sampler of three of their beers, all really delicious, and look at those colours, beautiful! We ended up back here after the fact for some light dinner and everyone was extremely impressed with the food. I would highly recommend eating there if you are visiting; get the pork buns, so good.

Their pup-friendly balcony also resulted in us being completely enamored by a cute Australian shepherd puppy! So yea, we enjoyed it here. 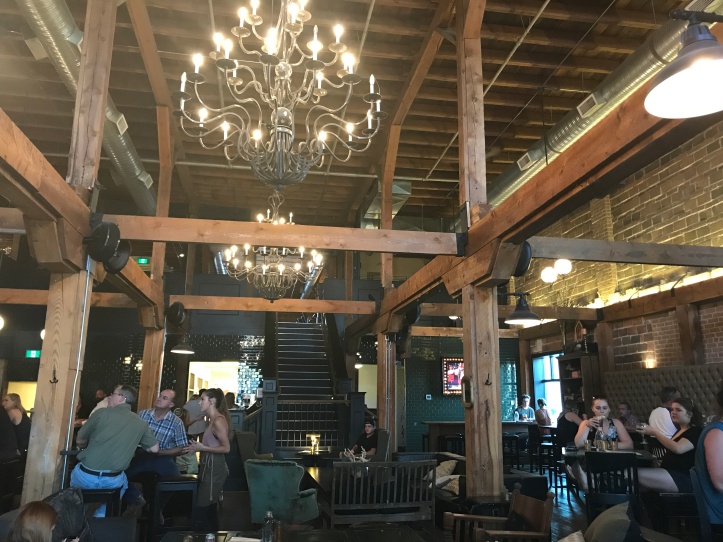 Our last stop was Tree Brewing, being the only beer we can get in Calgary, I was interested to see their tap room. It has a really good vibe. Large patio, lots of sectioned off areas and a merchandise and growler fill area off to the side. It also has some interesting decor to kind of bring a farm to glass vibe, like these bags of various malts that are used in their beers.

So, in conclusion. If you are going to Kelowna, should you book a ride on the Smile Cycle?

Will you smile the whole time?

I would say it’s pretty likely.

Will the beer be delicious?

Can I think of any reason for you NOT to book a tour?

[Side note: they also do tours that are non-beer related, which, apart from lacking that delicious ingredient, I would assume are also a blast.]

How is it only Tuesday?! #headinthesand #faceplant #fatrupert
Pow pow pow ❄️💥❄️🔫 #timeforpowderskis #swimming @ferniealpineresort
Rupert 🤍🧡 (it’s not his birthday or anything, I just like him) #fatrupert #potraitmode #ragdollsofinstagram
It was an adventurous year! Here’s to another coming in hot. 🥂 🔥 #bestnine2019
Christmas pavlova with raspberry purée 💚❤️ Thanks @eryn_s for the recipe inspo! Recipe: @donnahaymagazine #pavlova #christmasdinner
Merry Christmas to all! #makingmemories #proskaters
%d bloggers like this: